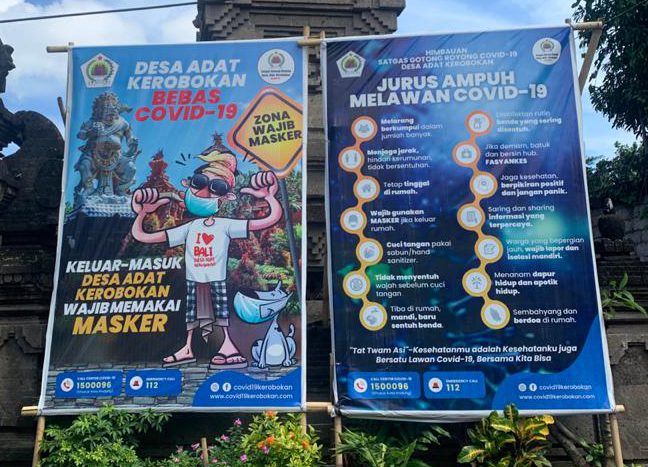 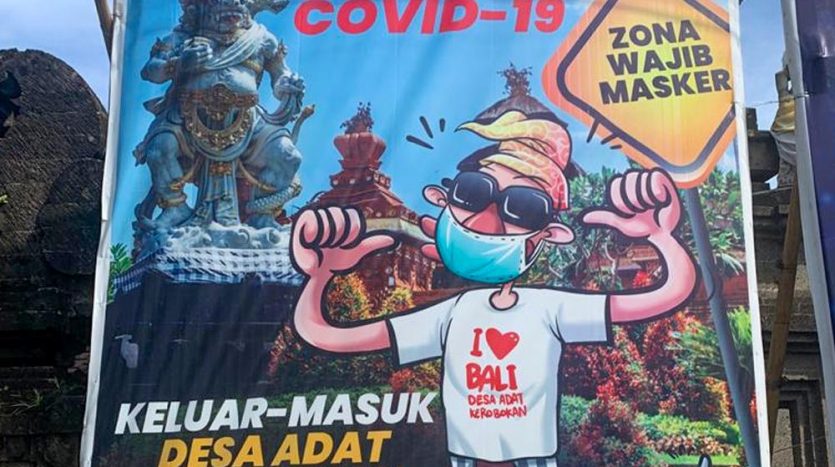 As it seems to be the case in almost all tropical regions, the number of victims linked to the coronavirus COVID19 is limited in Indonesia (1,496 deaths to date for 267,000,000 inhabitants). Nevertheless, the authorities have taken the problem seriously by applying measures adapted to the degree of severity of the contagion but also to the particularities of the country. The regions of Indonesia are affected at different levels. Regions are free to apply more or less strict measures but are not allowed to force the population to be confined. Cities have the most cases due to overcrowding and the more intensive use of public transport in particular. Wearing a mask has been compulsory for several weeks, but Indonesians wore it long before it became an obligation.

Despite the large number of Chinese (several hundred thousand) visiting the island between November 2019 and the end of February 2020, Bali is one of the least affected regions of the country and therefore of the world. Officially to date 420 people have tested positive, 312 have recovered and 4 have died. As everywhere else in the world we can wonder what these numbers really reflect but living on the island we have been able to see by ourselves that there have been no proven cases close to us, that the hospitals have never been overwhelmed and that the global number of deaths does not seem to have increased during this period. As in most part of the country, Balinese people live mostly outdoors. But in Bali more than anywhere else, all the ” living rooms ” of Balinese houses are outside and have no walls, families and friends are most meeting on the terraces or in the ” bale ” (gazebo). Handshakes, “hugs” and “kisses” like in the western world are not common here. Moreover, the Covid19 seems to have poor heat resistance. These might be reasons why Bali is not strongly affected by the virus itself. Unfortunately 80% of the Balinese economy is linked to tourism, so the economic and social consequences of this global crisis are catastrophic.

UPDATE ON THE SITUATION IN BALI ON 20 JULY 2020
Update on the economic situation in Bali on 3 June 2020
Sign into your account
Create an account
Reset Password
Register here! Forgot Password? Back to Login Return to Login
A question ? Easily have a chat with us via WhatsApp
Talk with Us
Hello, click on one of our departments to chat via Whatsapp
We will answer you as soon as possible
Rentals
Sales