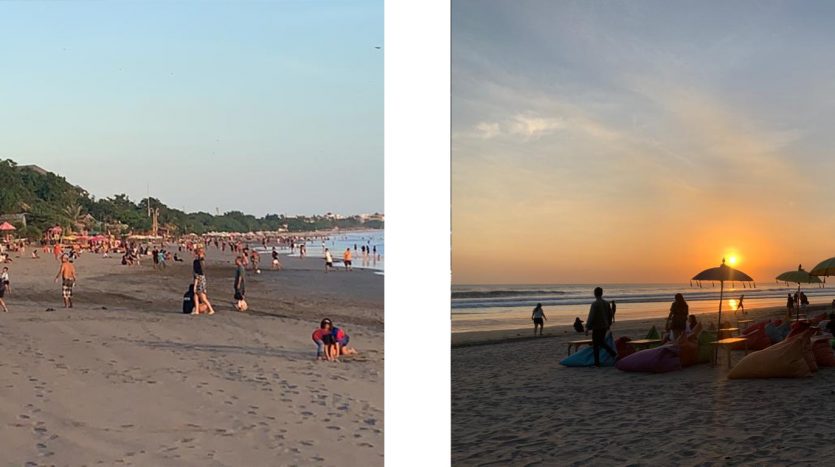 To date, the number of active cases of the coronavirus Covid19 in Indonesia remains very low for a country of 270,000,000 inhabitants (36,977 active patients out of a total of 86,521 cases). 4,143 people have died from the virus. In Bali, there are more tests every day and there have been a total of 32 official deaths since the beginning of the crisis. The wearing of masks is well respected and positive cases are quickly isolated.

The touristic sites are again accessible to the public since July 9. This also concerns the beaches, which are being very busy with locals, who are mainly returning to this activity, which had been banned for weeks. While most of them generally prefer to go to the beach at the end of the day on Sundays, for the last ten days there have been a lot of people on the beaches every day. Schools remain closed and a large proportion of the population does not work or works only part-time. The beach remains a public area and cheap place to unwind.

During his last speech, the governor of Bali I Wayan Koster announced that Bali will reopen to tourists from all over Indonesia on July 31. Many restaurants, beach clubs and hotels have reopened or are preparing to do so. The reopening to international tourism was announced for September 11. There is nothing official at the national level, but since the governor is close to the Indonesian President, it is quite possible that there was some consultation between the two men prior to the announcement. Official confirmation will of course depend on how the crisis progresses. It seems more and more obvious that, as a small number of experts had predicted, the coronavirus Covid19 will not hit Indonesia as hard as some Western countries have been.

Sanitary situation on 29/05/2020
Sanitary situation on 29 May 2020
Sign into your account
Create an account
Reset Password
Register here! Forgot Password? Back to Login Return to Login
A question ? Easily have a chat with us via WhatsApp
Talk with Us
Hello, click on one of our departments to chat via Whatsapp
We will answer you as soon as possible
Rentals
Sales