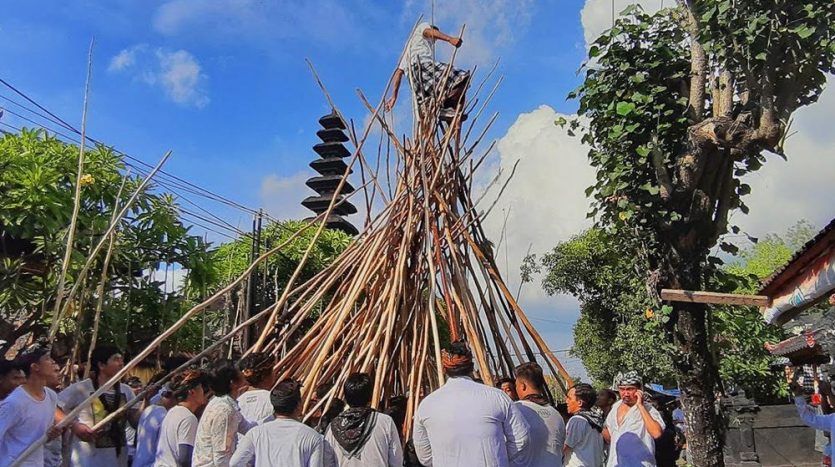 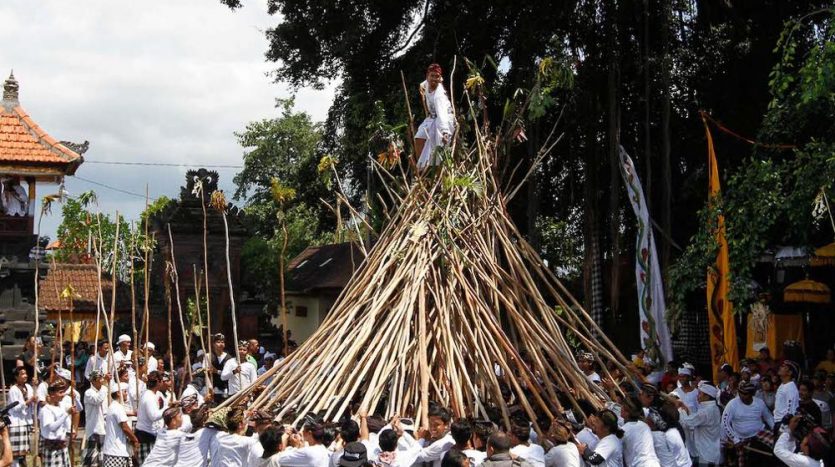 Avoiding Misfortunes in Bali with Mekotek

If you happen to visit Bali on Kuningan, you may be able to see a special event in Mengwi. Munggu Village, which is located in Mengwi, possess a unique tradition on Kuningan day. Mekotek, or also known as Grebeg Mekotek, at first was created as a welcome celebration for Mengwi Kingdom’s soldiers who defeated the Blambangan Kingdom. As time passes, it becomes a tradition done every 210 days in Munggu. The Dutch government on colonialism days tried to stop this tradition, however, epidemic diseases hit the village. Finally, the government allows the ceremony again, but spear which was usually used on Mekotek have to be changed to woods. The name came from the sound when woods knocks to each other “tek…tek…tek”. To this day, Mekotek is still carried out to avoid misfortunes, seeking blessings for the village, and honoring soldiers that were dead at the wars. This unique tradition is also able to strengthen bonding between village members, especially the ones who participated.

Before Mekotek was done, prayer will be conducted on Pura Puseh Munggu. Villagers then walk around the village holding woods and later gathered again in the Pura Puseh to do Mekotek. This tradition was done by the male in the village, from young to old age. Each participant brought wood as long as 3,5 meters and was divided to around 50 people groups. These groups later will unite their woods together and one brave person will try to climb it. The person above will give command and encouragement for the group so he will be able to stay on the top for the longest time. Mekotek was crowned as national intangible cultural heritage by the Indonesian government.

Journey to The Secret Soul of Bali
Otonan
Sign into your account
Create an account
Reset Password
Register here! Forgot Password? Back to Login Return to Login
A question ? Easily have a chat with us via WhatsApp
Talk with Us
Hello, click on one of our departments to chat via Whatsapp
We will answer you as soon as possible
Rentals
Sales