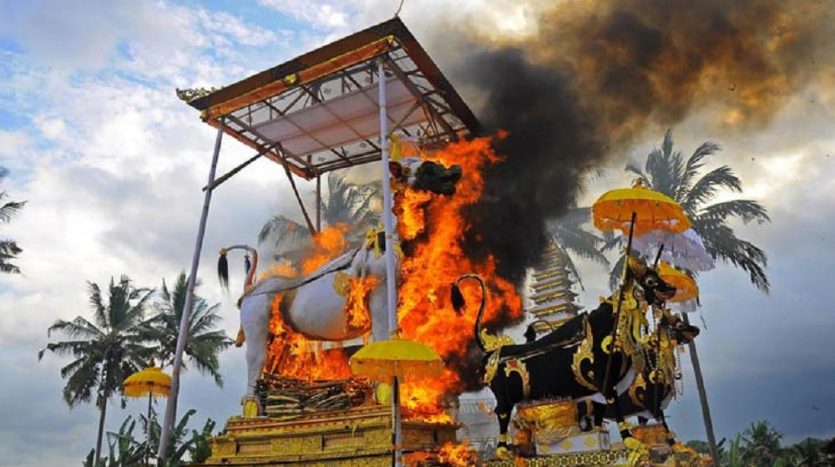 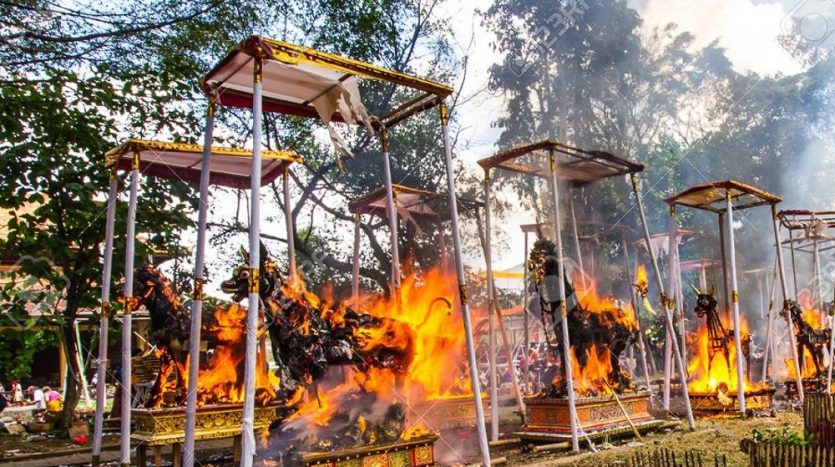 A Balinese ceremony known as Ngaben is one of the important ceremony in Bali. A series of Pitra Yadnya ceremony is a ceremony held for the deceased. The meaning of the ceremony is to purify the spirit (atma) of the deceased person. As a form of purification of the spirit, a series of cremation procession is held. Ngaben itself is a ritual which is coming from the acculturation between Hinduism and Balinese customs. In some areas of Bali, the ceremony is often not in the same order but it always has the same meaning and essence. Things like this are common because it is adapted to the local belief known as Desa Kala Patra or translated as Place, Time and Circumstances.

The ritual in general usually carried out by relatives of people who has passed away. The ritual can also be used as a form of devotion to parents. The ceremony is usually performed with joyful manner and without a sense of sorrow from the relatives. This is because the Balinese believe that we should not mourn for people who already died, as it will obstruct the dead people to go to their next “place”. In addition, a belief in Bali also said that the deceased person was not actually goes because they will be reincarnated as one of their relatives.

Ngaben or known also as Pelebon ceremony is considered to be very crowded, lively and also very important, it is because the ceremony is a way to release the spirits of those who have passed from earthly bond. With this ceremony, the soul can go to heaven or go back to the world with reincarnation. Their next trip depends on the Karma when they were alive. Cremation does not always take place promptly. For those who are in higher caste, the ceremony normally will be made within 3 days after death. But for those who are in lower caste, it may takes longer time to prepare for the ceremony therefore the ceremony is conducted sometime later. The bodies may be buried first, then cremation ceremony will be held in a mass in their local community later.

Prior to the implementation of the main event in cremation Ceremony, family and relatives will give their last tribute to the deceased by performing prayers so that the spirits will be accepted in a good place. After that, the body is placed in a “Bade” then carried to the grave and trooped to where the ceremony is held. Along the way, this procession will be accompanied by gamelan music and followed by the whole family and the village community.

The schedule for Ngaben cannot be predictable, please contact local tour operator for information if you have plan to add this ritual as one of your travel itinerary.

Mepantigan
Taxation of Daily Rental in Bali
Sign into your account
Create an account
Reset Password
Register here! Forgot Password? Back to Login Return to Login
A question ? Easily have a chat with us via WhatsApp
Talk with Us
Hello, click on one of our departments to chat via Whatsapp
We will answer you as soon as possible
Rentals
Sales