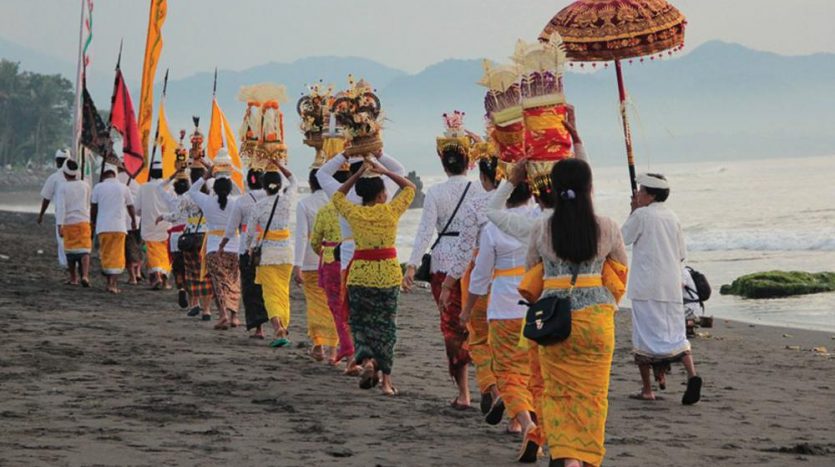 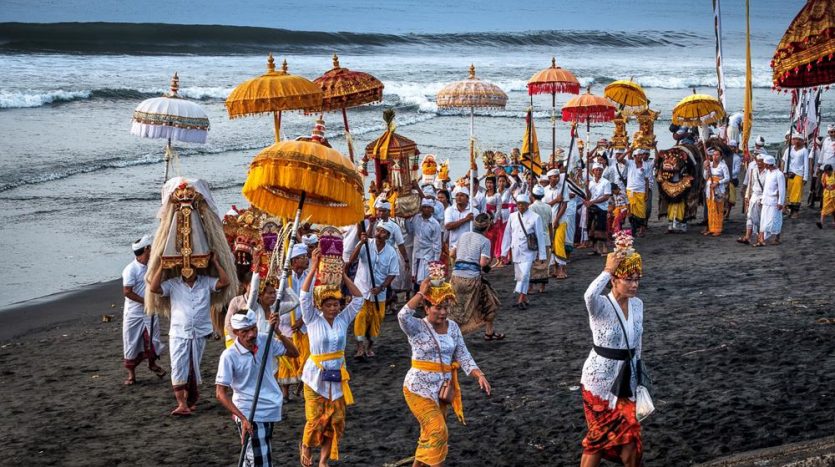 Nyepi or known as silence day is the Hindu New Year according to the Saka (lunar) calendar. In contrast to the New Year celebration every 1st of January following the Christian calendar which is celebrated in full fanfare, the Saka New Year is celebrated with silence. No activities outside the house are allowed during this day, all public services except the hospitals will be closed. During Nyepi all Hindu people are not allowed to do some activities such as “Amati Geni”, means no fire symbolized by not turning on the lights during Nyepi, “Amati Lelanguan” no riotous or fun, then “Amati Lelungan” not allowed to travel, and “Amati Karya” which is not allowed to work.

As you might already know, the next Nyepi day will be on the 25th of March 2020.

Nyepi is very special day for Balinese people. They believe that on this day if the island is quiet and dark (looks like uninhabited), the bad spirits will leave and the New Year will start in peace. The evening prior the Nyepi you will be able to see a traditional ceremony which is the parade of Ogoh – Ogoh (monsters made from bamboo and papier-mâché) and sometimes fireworks. After the parade, people usually head back to their home and enjoy the tranquility of the following 24 hours.

In this sacred day, you will experience the silent day with lots of connection with the nature. You will hear the sound of the nature more than usual. During the night, you will see billions of stars on Bali’s sky. You will see the stars that you are not able to see every night, the milky way. It is amazing…

During 24 hours (6am until 6am the next day) nobody is allowed to go in the streets or outside the villas, listen to music or TV loudly or make any noise; just remember to keep the sound level as low as possible. The use of light is also restricted especially in open areas. Balinese traditional guards (Pecalang) patrol in the streets to be certain that the rules are followed. You may use dimmed light in the bedrooms but don’t forget to close the curtains properly, and please check if all the outside lamps are turned off before nightfall. Just follow these simple rules and experienced the most peaceful day in the world.

There are several series of ceremonies performed by the Hindus especially in Bali before the Nyepi day.

Melasti
Three or two days before Nyepi, the Hindu people do sanctification by performing Melasti ceremony which can be also called Melis / Mekiyis. On that day, praying and worship in the temple will be paraded for procession in the beach or lake in purpose to purify all leteh (sin) in man and nature.

The day before Nyepi, during the “Tilem Sasih Kesanga” (death moon of the 9th), the Hindu people will perform the ceremony of Bhuta Yadnya at all levels of society, by taking part of the Caru (offerings) according to their ability. The purpose is the sanctification of Bhuta Kala (bad spirit) and hoping for all leteh (sin) to be forgiven. Bhuta Yadnya ceremony is addressed to Sang Bhuta Raja, Bhuta Kala and Bhatara Kala, pleading that they will not disrupt the human.

Pengrupukan
The next ceremony is Pengerupukan. During this ceremony the people will spread rice, turn on all the light in the house and make fire, and at the same time hitting any objects to create noise. The activities is to cast out Bhuta Kala (the bad spirit) from the house, yard or surrounding area. In Bali, Pengerupukan will be celebrating with Ogoh Ogoh (monsters made from bamboo and papier-mâché) the parade manifestation of Bhuta Kala will be done around the neighborhood and in the street, then the Ogoh Ogoh will be burned. The purpose is same, to cast out all the Bhuta Kala from the surrounding area.

The Nyepi Day
The next day, the New Year day according to lunar calendar (date 1, the 10th month), comes the Nyepi Day. No activities for the next 24 hours. On this day all the Hindu will implement “Catur Brata Penyepian”. They believe that on this day if the island is quiet and dark (looks like uninhabited), the bad spirits will leave and the New Year will start in peace.

Ngembak Geni (Ngembak Fire)
The last series of the Lunar New Year celebration is a day that falls on the Geni Ngembak (day 2 of the New Year). On this day all Hindu peoples will visit their families, friends and neighbors to give thanks and forgive to each other’s, so that the new year will start with new life because all human beings as the creation of the Sanghyang Widhi Wasa (God) should be love one another, forgive all the mistakes and errors therefore can live in harmony and peace.

Mekotek
Ngaben
Sign into your account
Create an account
Reset Password
Register here! Forgot Password? Back to Login Return to Login
A question ? Easily have a chat with us via WhatsApp
Talk with Us
Hello, click on one of our departments to chat via Whatsapp
We will answer you as soon as possible
Rentals
Sales